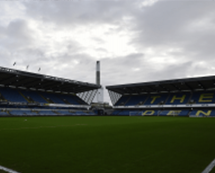 P1 Travel is the official tickets and hospitality reseller of Millwall. The options that we provide are the only transferable tickets for a visit to Millwall. Safe booking and the best experience.