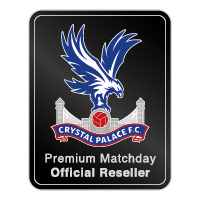 P1 Travel is the official tickets and hospitality reseller of Crystal Palace. The options that we provide are the only transferable tickets for a visit to Selhurst Park. Safe booking and the best experience!

Tickets are sold out...

NOTIFY ME WHEN AVAILABLE!

P1 TRAVEL IS AN OFFICIAL TICKET AND HOSPITALITY RESELLER OF CRYSTAL PALACE.

Looking for Crystal Palace tickets? Subscribe below and we will update you once we go on sale!